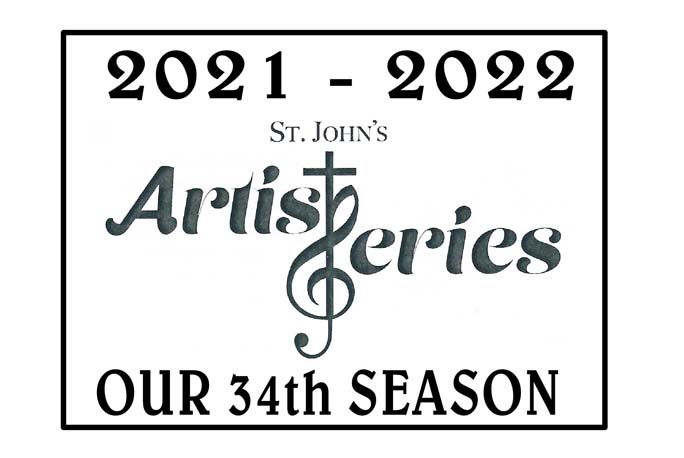 Our 33rd St. John’s Artist Series concert season for 2020-2021 has ended, but you can watch all 3 of the concerts from this season on our YouTube page.  To go to our YouTube page, click on this link:  St. John’s UCC Lansdale PA – YouTube

Watch for information about our 34th season coming in the fall of 2021.  You are welcome to join as a patron of the series at any time – contact Andrew Paulson.

Summary of our 33rd season concerts – available on YouTube:

Our 33rd St. John’s Artist Series season began with an online concert on October 25, 2020, titled “Do Not Fear, I Am With You – Music of Hope and Assurance” with Andrew Paulson on the organ and piano.

Our Advent-Christmas season concert was held on December 13, 2020, titled “Savior of the Nations, Come – An Advent/Christmas Hymn Festival”. Musical Arrangements by Michael Burkhardt with readings from the writings of Dietrich Bonhoeffer, featuring St. John’s Music Ensembles in a Virtual Setting.

Watch here for details of upcoming concerts in the Artist Series returning in the Fall of 2021.  Our series schedule is arranged by our Minister of Music, Andrew Paulson.  You can read more about Andrew on our Staff page.  Click on this link to go to our Staff page.

Upcoming:  Details of future online concerts will be listed here when the information is available.

During our concert season, our virtual concerts premiere on YouTube and on our St. John’s UCC public Facebook page.

Once you are signed into Facebook, search this address: https://www.facebook.com/MyStJohnsUCC/

General Information about the Artist Series (When held in person; temporarily online only):  Our St. John’s Artist Series features special long-form musical presentations, generally on a Sunday afternoon at 4:00 pm every few months during the October to May time period.  This includes special vocal or instrumental performances by guest musicians or featuring our own choir and organist.  We occasionally feature concerts outside the Artist Series schedule by groups such as touring college choirs.

About Our St. John’s Schultz Memorial Organ, Refurbished & Rededicated in 2017

One of the great concerts in our Artist Series was the dedication concert that featured the exciting new sounds of St. John’s pipe organ held Nov. 5, 2017.  Nathan Laube, Asst. Professor of Organ at the Eastman School of Music, was the concert organist for the dedication of the Schultz Memorial Organ.  Also attending were guests from the Reuter Organ Company, who renovated the organ, and members of the Philadelphia Chapter of the American Guild of Organists.  Click to read article about the organ in The Reporter 10-27-2017

PBS station KTCU in Topeka, KS. produced a documentary segment about the Reuter Organ Co. & the restoration of the St. John’s organ.  This segment begins at 10:45 into the video. Click here for KTWU PBS Documentary Sunflower Journeys 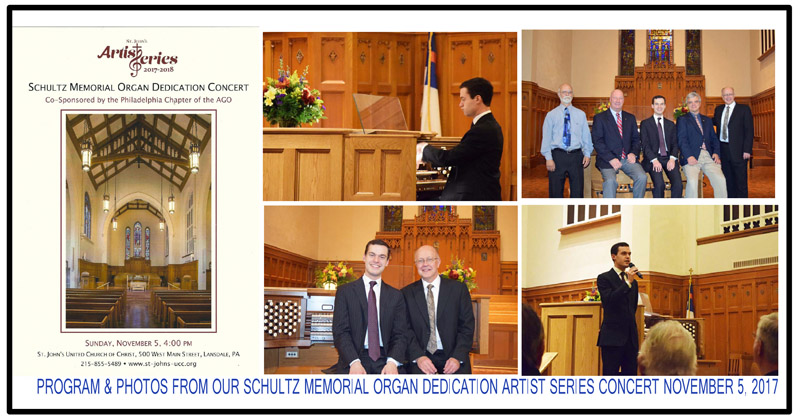 Our 32nd season concluded abruptly with the temporary closure of all public events starting March 13, 2020.  This was also the final Artist Series season for the founder and director of this series for all 32 seasons, our former St. John’s Minister of Music, David Furniss.  David retired in July, 2020, and we thank him for 32 seasons of bringing quality music performances to St. John’s!